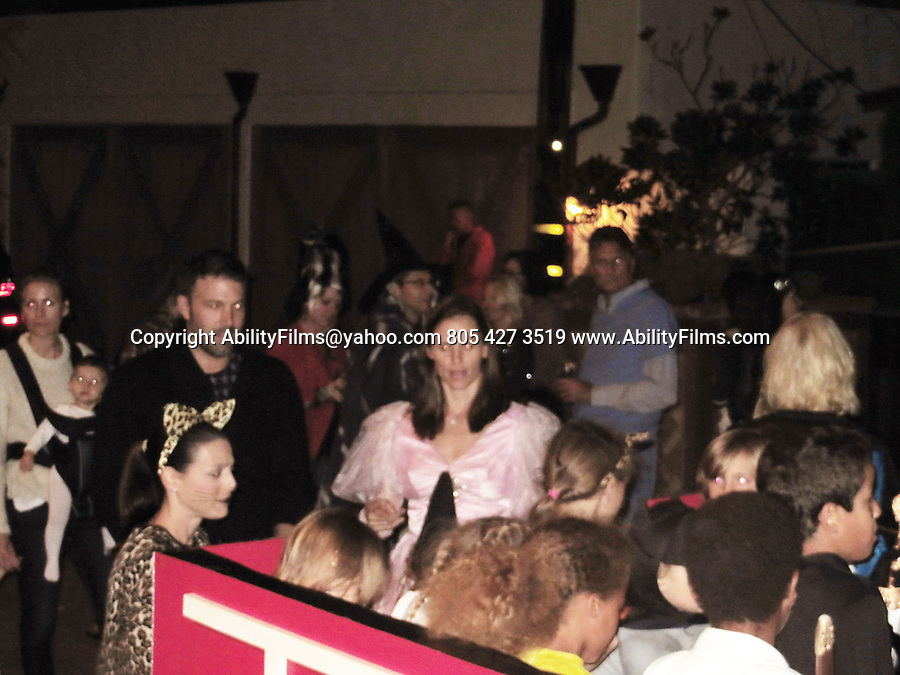 Halloween
Ben Affleck trick or treating with family at the Malibu Colony beach houses with his wife & kids. Ben was dressed in costume as the tin man from The Wizard of Oz movie.
Ben ran into Tobey Maguire & was talking with him for a little while.
Jennifer Garner was wearing a pink gown dress as the Princess & her kids Violet
Samuel & Seraphina Rose Elizabeth dressed as Scarecrow Dorothy & the Cowardly Lion.
Ben didn't seem to like his costume so he took it off soon after they started. The family pet some goats & took the kids for a ride on red train while getting candy for the kids