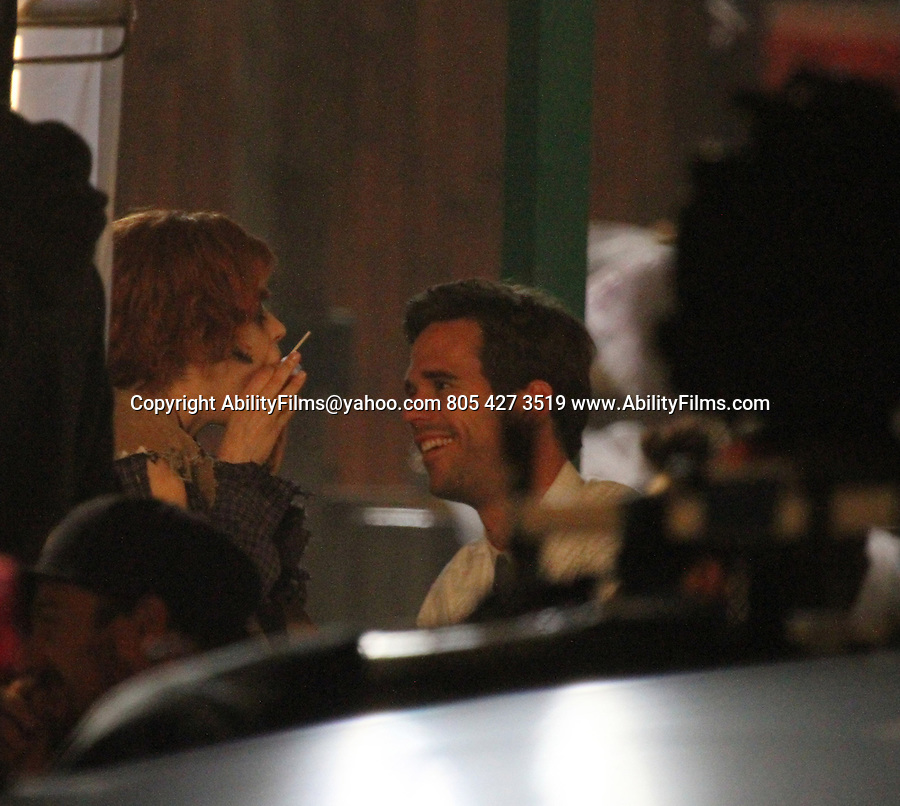 Zooey Deschanel got into a fight & was getting her eyes checked by co-star for a scene while filming the TV show New Girl in Los Angeles. Zooey was given a red lollipop after by the doctor. She was dressed like a zombie/ dead person hugging and kissing a red nose cast member.
Zooey was also carving & stabbing a pumpkin.
Zooey looked more like the joker wearing a Halloweeen costume with white face makeup black circles painted around her eyes red wig hair