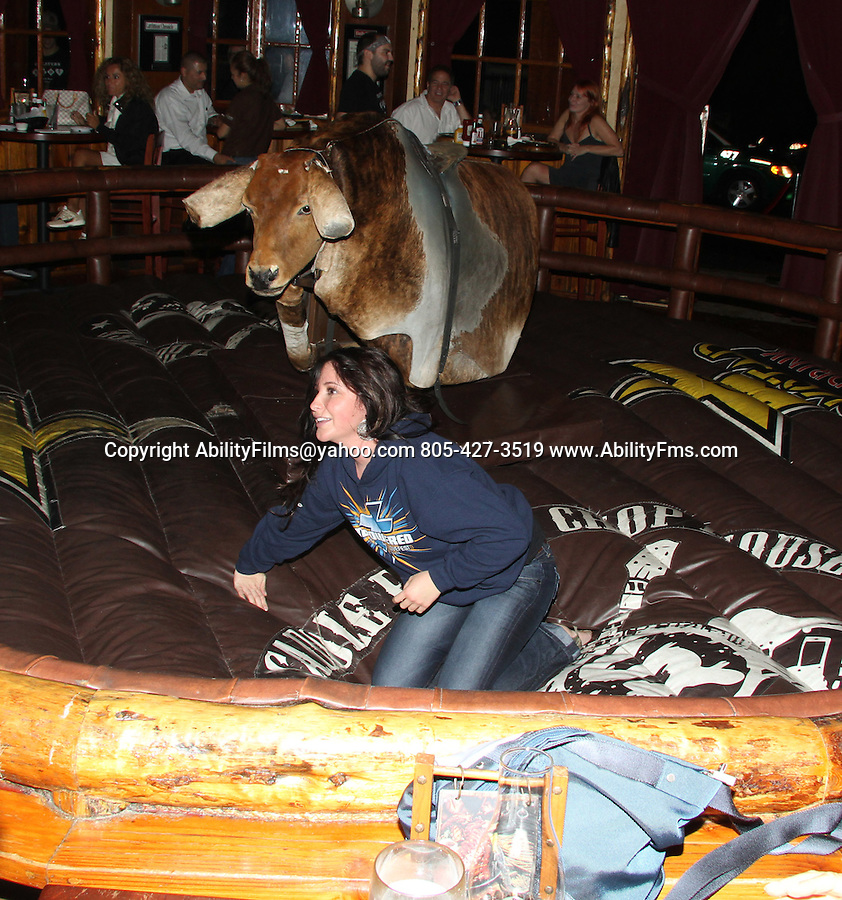 Bar Heckler Stephen Hanks who shouted at Bristol Palin that "her mother was "evil" and a "whore" has now filed a lawsuit against Bristol for defamation.

Bristol Palin was filming her new reality show while eating & drinking with a male & female friend at The Saddle Ranch Bar/Restaurant in Hollywood California.When a bald drunk homosexual male named Stephen Hanks was yelling at Bristol while she was riding the mechanical bull. The drunk bald man yelled at Bristol "Your mom is a whore!" & "your mother is the Anti-Christ" & "she should burn in hell" After Bristol fell off the bull she approached the man & got into a verbal argument with him & exchanged words. The bald man was yelling about how horrible of a person her mother is etc. The argument got so heated that the camera crew had to step in before punches were thrown. Bristol ended up leaving the bar crying & the cops were called.